Not your average elementary school student gets to select a middle school to attend once the 5th grade is up. Miguel Rivera was one of those students. Graduating from Webster Elementary School,  located in West Long Beach, he had the option to attend one of a few middle schools outside of his home area. One of the reasons why he had options to select from was because of the conversations he would have about college with his parents, he says. Even though he didn’t comprehend the importance of college at such a young age, he says he knew it was what his parents wanted and that he wanted nothing more than to make them proud. So attending college after high schools was constantly being heard in his head. At the end of high school, Rivera graduated with a 3.7 GPA.

Rivera is committed to reaching out to youth and the general public to share his story and all of what he’s learned these past six years from his injury. 2016 is the year, Rivera says. Good friend of his, and former high school classmate, Ericka Battaglia invited Rivera to speak to a few students at F. D. Roosevelt where she was interning. Attentive throughout the entire time Rivera spoke, listening to every word that came out of his mouth, students ended up with numerous amounts of questions for Rivera. “Usually, when I share with the young ones in elementary I have to break it down a little more for them to truly get the message. With this particular group there was no problem with what I had to say. I’m definitely proud to see and interact with such a bright group of kids like this,” Rivera says.

Whether it is in front of students at an elementary, middle or high school, Rivera finds it critical for youth to leave with a positive and motivational message. He stresses how he once was a student who sat in the bleachers during school assemblies and leaving with no information. 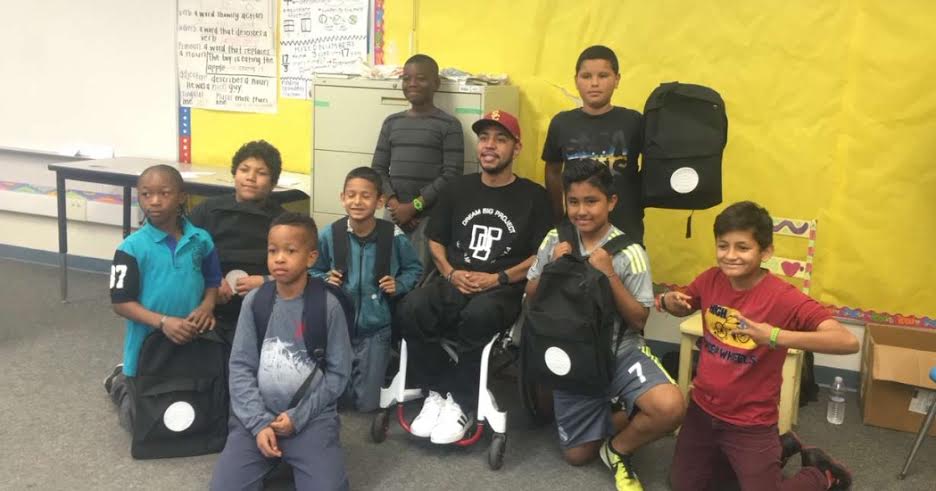