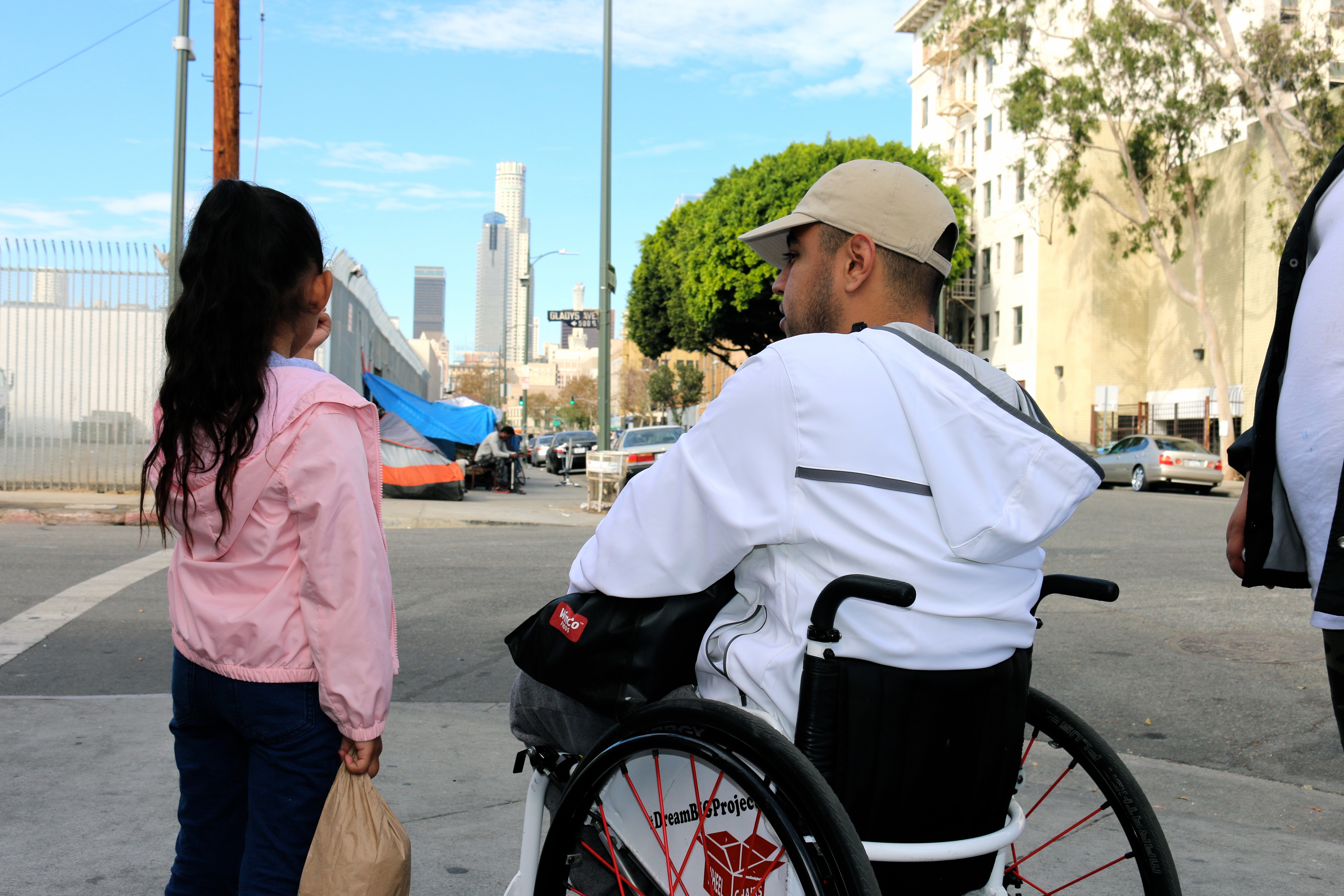 I had the opportunity to join Dream Big Project at their annual giveaway in Skid Row. Wow, what an experience! I had heard about Skid Row on different occasions but the related information did not prepare me for what Skid Row is really like. Upon arriving, you immediately see the large numbers of people living there and the hardships they endure. Being in the middle of Skid Row made it hard to believe that it is practically in the heart of the glamorous city of Los Angeles. Seeing this, immediately gives you a wake up call to our society and how many people are suffering out on the streets.

We began by walking down a street carrying hygiene products, clothing, and bagged lunches. As people began to notice we were handing out items, they rushed over to see if there was a shirt or sweater that would fit them… no one left empty handed. 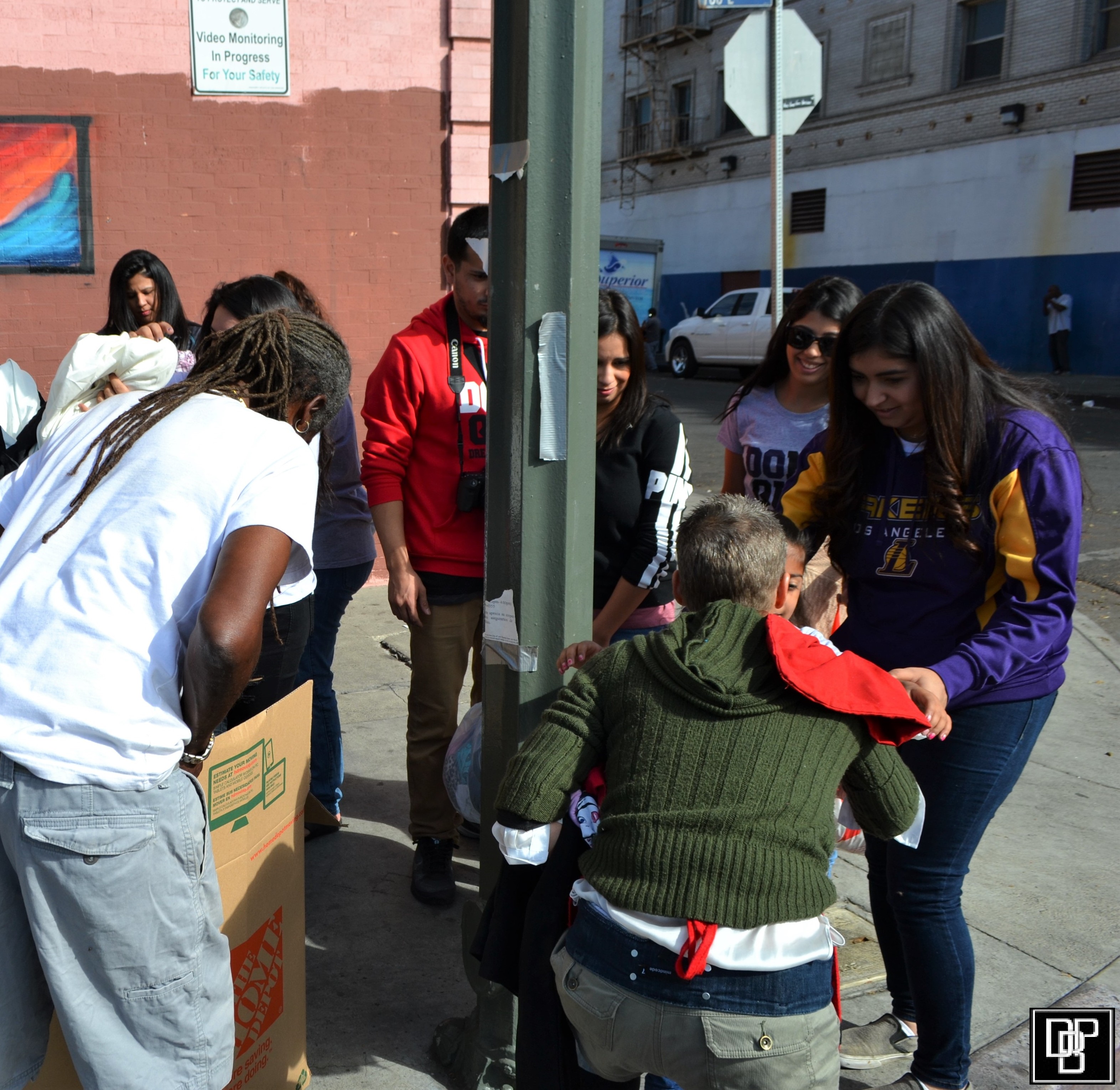 This event provided much more than satisfaction to my heart. It allowed me to realize multiple things:

I got the opportunity to talk to a man named Julio, he is in his fifties. A simple “good morning” led to a great conversation in which he shared part of his story with me. Julio told me that he is from Honduras and came to the United States twenty-two years ago. He has been living on the streets for twelve of those years. He explained that he had a rough childhood and that up to this day he takes care of his family (who is still living in Honduras) with money he makes from working on cars around Los Angeles.

He went on to explain how his faith in God has never left him stranded despite his difficult circumstances. He shared that he appreciates deeply what people are willing to do for others and that he believes us, Dream Big Project, were the hand of God helping him on that day. Throughout the conversation Julio expressed his gratitude and put emphasis on being a happy man and being certain that “mejores dias vendran…” (better days will come).

2) You can always learn from someone, if you listen closely:

Julio’s story spoke to me in so many ways. It was so amazing to me that a man in such a difficult situation could hold such a joyful spirit and even encourage others, like myself, with the positivity in his voice.

3) It’s more than passing out clothing or food: 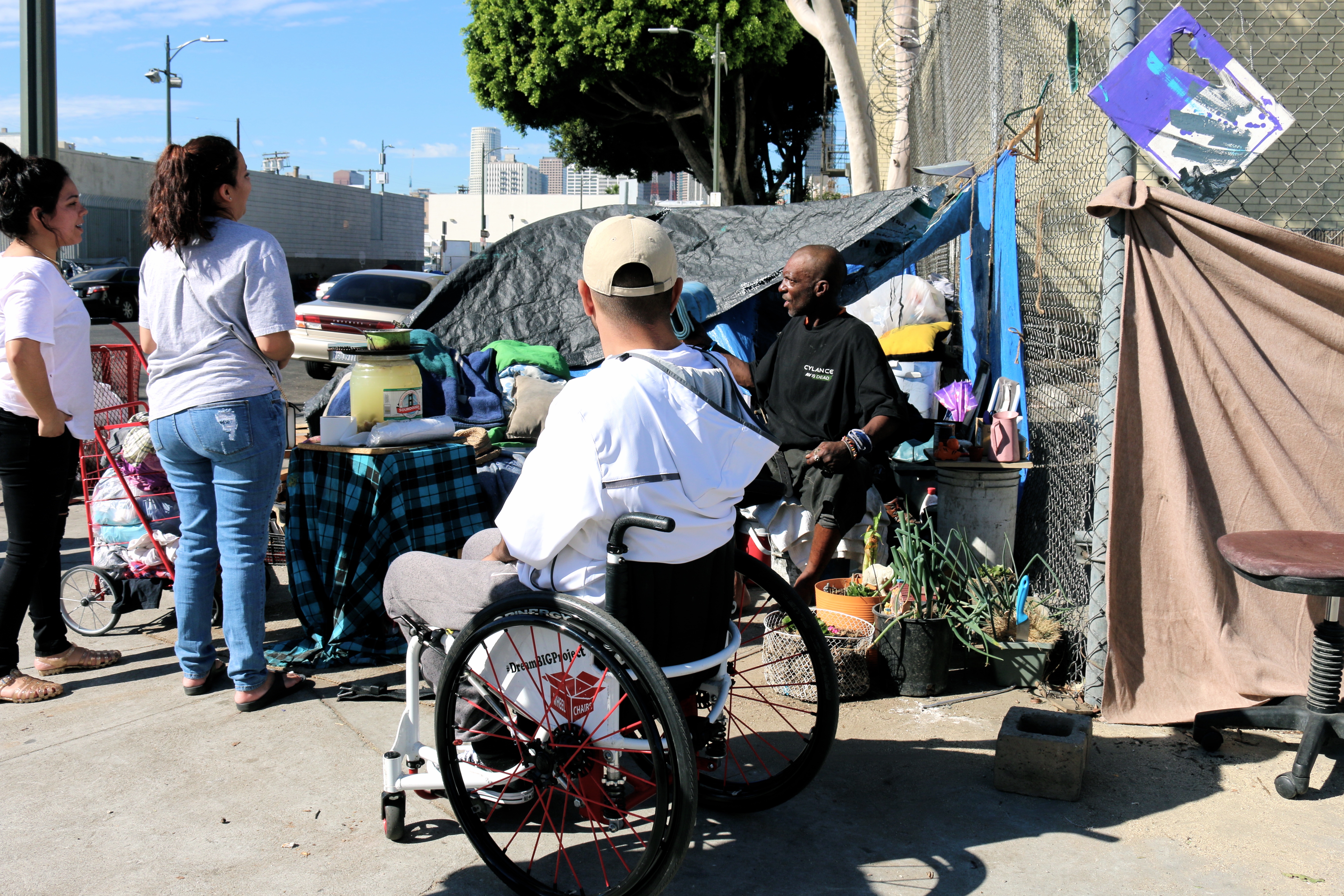 Founder & Secretary of DBP, Miguel and Jessica, listen to the story of a resident of Skid Row. Photo by Angel Guerrero.

Like Julio, all the people living in Skid Row have a story that led them to where they are. Going in, I thought our mission was to pass out the clothes and food, to bless THEM. I quickly learned that it’s not just about delivering items, connecting with them as people is what made this a great experience. A simple task such as helping people choose a piece of clothing led to them sharing a piece of themselves; like a lady who said she was going  to visit her family for Christmas and was looking for a red blouse to wear on that day.

I left Skid Row uplifted that day. It was truly amazing to serve alongside such dedicated people like the members of DBP. 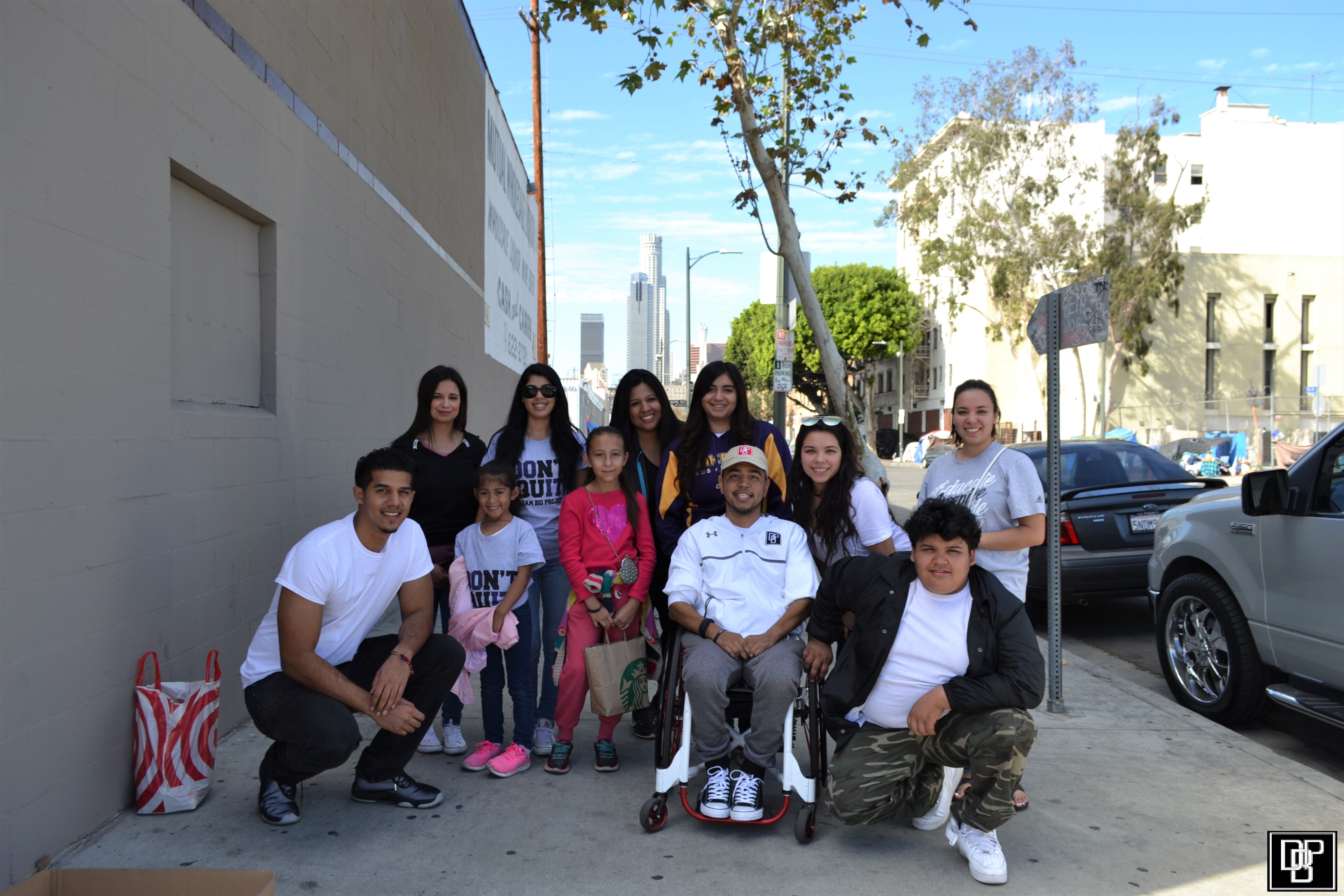