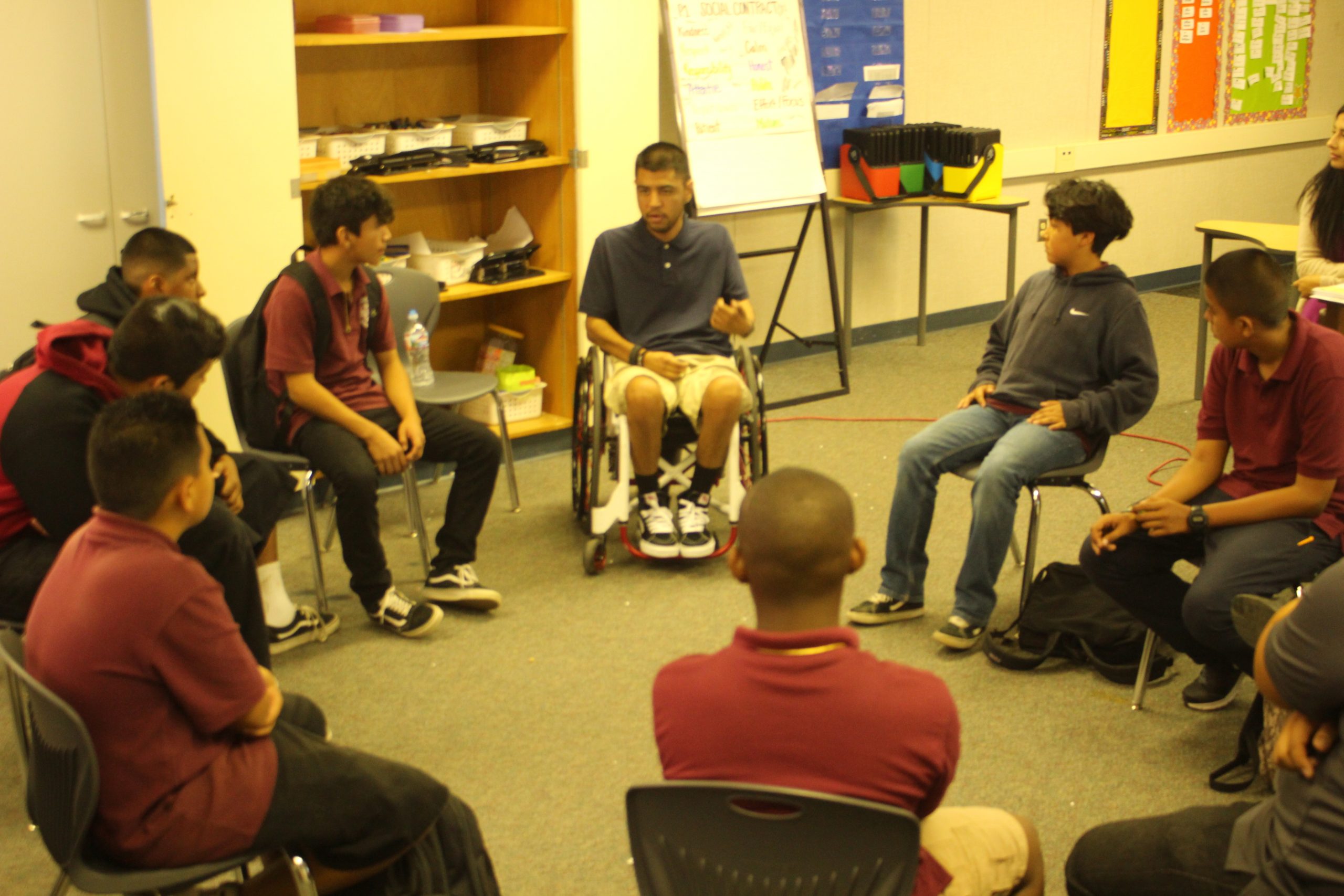 It all started after his fifth grade promotion at

Webster Elementary School in the city of Long Beach; Miguel along with his family moved to Norwalk where he then began his schooling at Corvallis Middle School. It wasn’t until October 10th that Miguel Rivera visited his old stomping grounds in Norwalk for the first time since his 8th grade promotion. This particular time was a bit different than the last, however. This time he didn’t come to study, turn in homework, or take exams; he came with quite a different agenda. In fact, compared to his last time at Corvallis, it was completely different. He wasn’t walking on his two feet, but he was rolling on his two wheels; he was not there as a student, but he was there to share with students.

Intervention Counselor, Christopher Chavarria, also a Corvallis alumnus, reached out to Miguel with an opportunity to speak with students from both Ms. Carillo’s and Ms. Lazatin’s classroom. Along with his personal 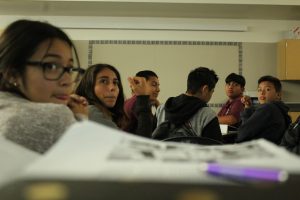 testimony, Miguel spoke about peer pressure and decision making among other topics that triggered students to critically think about their future along with the path they are paving for those who see them as role models. There was no shying around in either of the classrooms. Students had plenty to say including questions to ask after listening to him speak. Everything from “what’s your favorite sports team?” to “how are coolness and popularity related?” to “what pieces of advice would you give yourself at our age?” were asked by students from each classroom. Overall, the Q&A in each classroom was highly engaging.

Our visit to Corvallis was definitely not our last. In fact, Miguel got to meet with a couple of his former 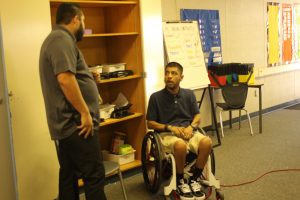 middle school teachers during this visit. They gladly left an open invitation for him to come speak with their students. In addition to speaking with students, Miguel had the opportunity to talk with Mr. Chavarria about various ways we, as a community, can come together and have a positive impact among youth in our community. Ultimately, having a positive impact among youth in general is empowering and critical when it comes to future generations. When it comes to our communities as a whole, actually.

The phrase “now more than ever” tends to be used when regarding unity, community, and/or helping one another. The thing is, “coming together as a community” has and will always be a important. In fact, it should be something that comes off as automatic, natural, or routine, and not something that is brought up during tough times. More than anything, coming together as a community to help one another should be normalized and made popular throughout all communities. As actor Will Smith once said, “if you’re not making someone else’s life better then you’re wasting your time. Your life will become better by making other lives better.”

The Best Fireworks on the Block