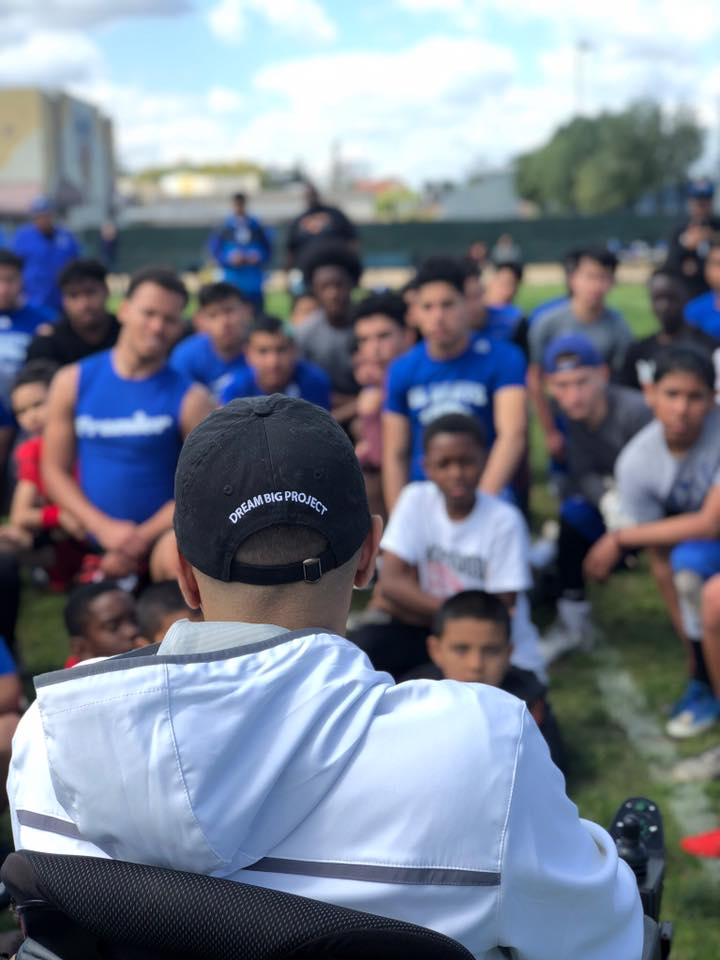 For as long as I can remember, sports has been a passion of mine. As a viewer and player, in fact, even as a coach. As a kid growing up, playing pick-up basketball, baseball and football games were a norm to me. This is something my 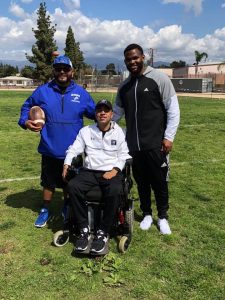 friends and I did on a regular basis. In fact, it remained a norm in my life throughout high school. Football, however, was the only organized team sport that I continued to play throughout my life. It was, actually, in high school that football became an even bigger part of my life. How so? Not many know this about me, but my freshman year in high school is when I tried out for quarterback for the first time ever. I ended up earning the starting position after impressing coaches in a quarterback competition during practice that I only participated in because of a friends encouragement. True story.

It wasn’t until my accident during the summer after graduating high school, which was also three days before my first day of college, that everything completely changed.  Besides the fact that I am able to live to tell my story, I am truly appreciative of all who I have met and who have remained in my life after going through such a traumatic experience. From practically playing sports on a daily basis to not being able to experience sports as an abled bodied individual ever again – it is quite the transition. One thing that kept me in 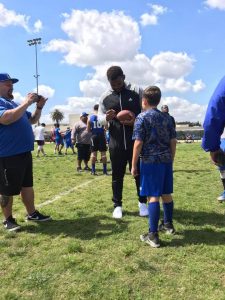 the highest spirit was to be able to experience football again with those that I have had some of the best memories with during my time as an high school athlete. During my senior year at Norwalk High, I had the privilege of being coached by Jesse Cisneros and the teammate of Elijhaa Penny, both who have gone on to do some great things in the football world. In fact, it was Coach C who recruited me on his coaching staff during his final season at NHS. From that point on, I went on to coach football for three additional years.

During this particular day, we all had the privilege of coming together to do some good in the football world. Coach Cisneros, currently the head coach at El Monte High, hosted a youth football camp in El Monte with the support of Elijhaa and the Penny family. Myself and members of Team DBP had the opportunity to be involved 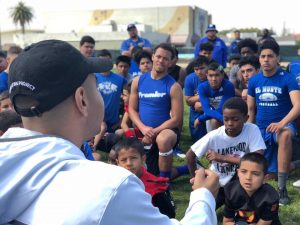 as well. After some time of football drills, stretching and exercises instructed by Elijhaa and coaches, I had the opportunity to share my personal testimony with all youth participants. Although I am not playing the game like I used to, I am doing the next best thing and that is mentoring/coaching student-athletes.

When a community comes together for a cause